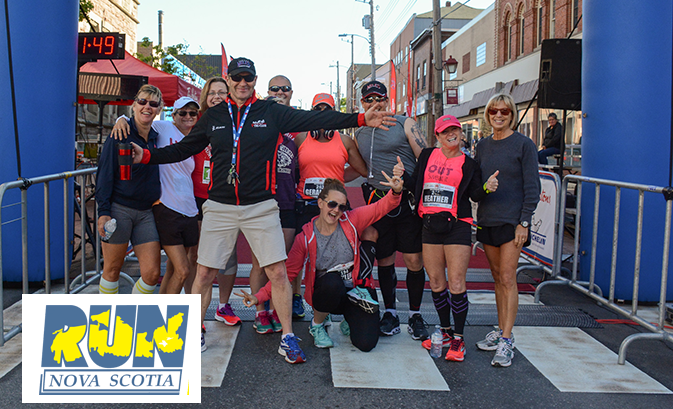 A division of Athletics Nova Scotia, operated entirely by volunteers. We offer a number of services that enrich the running community and enhance running events. For example, we organize the Run Nova Scotia Road Race Series – races from 1 mile to the marathon in locations across the province – providing guidance to race organizers and creating a festival atmosphere at each finish line. We also do community outreach, sharing our expertise and passion for running through seminars, clinics, and events. In addition, membership in Run Nova Scotia has its privileges: get race registration discounts; win great draw prizes at RNS races; win year-end age and gender-class prizes in our points series; and get a chance to win big in the Provincial Performance Series.

If you’ve participated in a running event in Nova Scotia, chances are that Run Nova Scotia or Run Nova Scotia members supported your experience in some way. So why not support the organization that supports your running journey? Our members represent the full spectrum of running in the province: some run at the front of the pack, some run at the back, some are as young as 10, some are as old as 80, some run to lose weight, some run for a cause, and some run to compete – but all share a passion for road running and the community of people who are drawn to it.